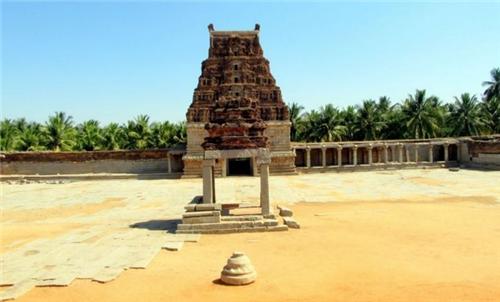 Pattabhirama Temple is as large as the Vittala Temple which is one of the major pilgrim center. It has a tank in front and an underground walk way around the inner sanctum. This temple is located just 6  kms away from Hampi.

Tungabhadra Dam is one of the major attraction around Hampi. It is located 20kms from Hampi and is built across the river Tungabhadra. It is one of the biggest multi-purpose dams in Karnataka which spreads over an area of 400 sq.kms with 33 gates from which water flushes out. This dam helps thousands of acres of lands by supplying water and also the water canals of this Dam generate 27 megawatts of electricity. This dam has beautiful gardens, children play parks, aquarium and musical fountain which attracts tourists especially children. 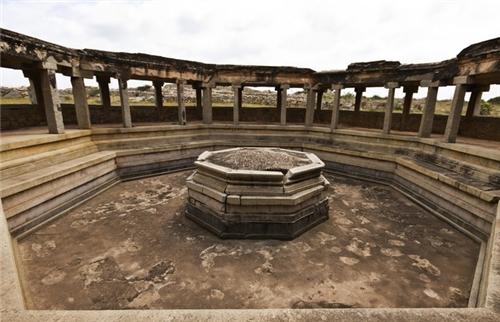 Octagonal Bath is at an isolated location which is connected by a mud road some 1km from the Kamalapur-Hampi main road. The local farmers can guide to the location. It was the bathing area with Octagonal in shape and hence the name. In this Mandapa with pillars the circular path in between was once the bathing area which is now empty. The Chandrasekhara Temple and Sarasvati Temple can be found on the way to Octagonal Bath.

Anantha shayana gudi is a Temple located 10kms from Hampi which is built by Krishnadevaraya in 16th century and mandapa’s in this temple is built in a typical Vijayanagara style. The main god in this temple is ananthapadmanaba which is a form of Lord Vishnu. 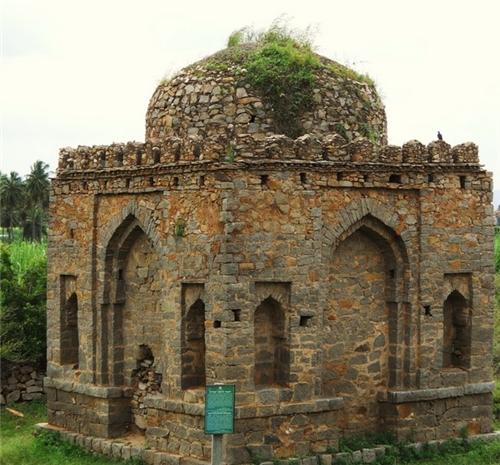 Ahmed Khan Tomb and Mosque is located some 2kms from Vittala Temple. The tomb was the memorial of Ahmed khan who was a general during Ramaraya reign and later changed his name as Ahmed khan. It has the cubical tomb with an Islamic style Architecture, near this tomb a mosque is located. 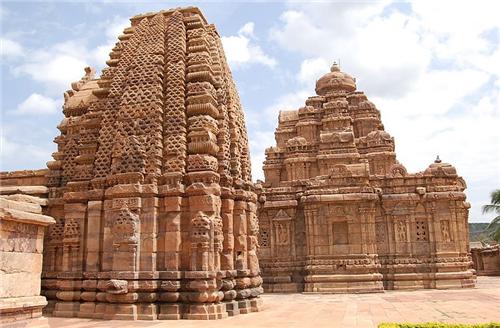 Pattadakal is also a Heritage site located in Bagalkot district which is 134kms away from Hampi. Most of the temples here indicates Lord Shiva as the main god and the temples were dated between 7th and 9th century. The major places to visit in Pattadakal are Virupaksha Temple, Jambulinga temple, Sangameshvara Temple, Chandrashekhara temple, Kadasiddheshvara temple, Mallikarjuna Temple, Kadasiddhesvara and Jambulingeswara temples, Kashivisvanatha Temple, Galganatha temple, Jain Temple, Jain Temple, Museum of the Plains and Sculpture gallery. 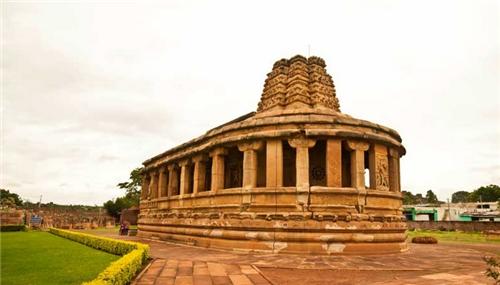 Aihole is also located in Baglkot district which is 141kms away from Hampi. It is a temple complex with collection of architectural structures.