Mantaga Hill is one of the major places to visit in Hampi. It is probably the highest point in Hampi, hilltop which is the best spot to get an aerial view of Hampi and its environs. If one walks around the foothill in clockwise direction leads to the bus stand. At the northern side is the Hampi Bazaar. The north of the hill at the Koodanda Rama Temple, on the banks of Tungabhadra river is located. The eastern side of the hill is the border for Achyuta Raya Temple. The  south of the hill is the Turthu Canal , the peak is located at the southern part of the matanga Hill. The northern part of the hill, is perfect trekking enthusiasts which also helps in connecting the Hampi Bazaar to the Achyuta Raya Temple on the other side of the hill. 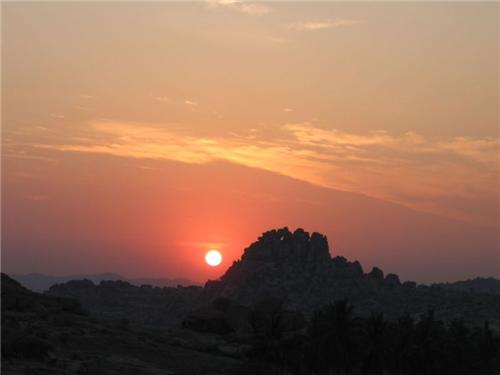 One major thing to be noted about the Matanga Hill is the stepped ramp at the west and the trekking trail which is located in the north. The steps are intact although the Vijayanagar Empire has come to ruins. There are many number of trials that lead to the bottom of the foothill. The most prominent of it is that which leads to the east which closes at the  Kadale  Kalu Ganesha temple.

The next popular trail is to the east end which of Hampi Bazaar street.  At the end of the roads there are row of pavilions , narrow trail that goes towards the east tracing the edge of the hill. The path is a scramble through the stray rock clusters, a few shrines along the point where the hilltop begins on the way to Veerabhadra Temple.

The third and less used path is the one in the south of the hill the trail runs parallel to the Turthu Canal. A pavilion nested near the plantation at the north is the landmark. The narrow path disappears into the thick plantations. This trail leads you to the foothills from where you can find your way to the hilltop. 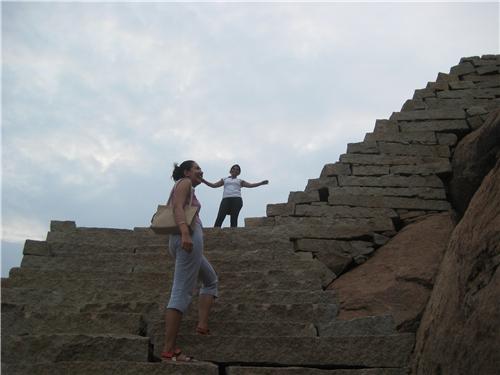 Matanga Hill is an important location in indu mythology, Ramayana. The place was a heritage of Sage Mathanga. It is said the Monkey prince Valli killed a demon called Dundhuvi which was a buffaloand thrown the corps on to the sacred Matanga Hill, angry by this act of rage, Matanga threw a curse on Vali that he could never take a step on the soil of this hill. Few years later, Mayavi, the son of Dundhuvi, challanged Vali, who was responsible for his father's death. Their battle grew intense leading Vali to chase Mayavi into a cave. Vali's brother Sugreeva took charge of the cave's entrance. After someime, thingking that Vali is killed, Sugreeva closed down the gates. Furious by this act, Vali later emerged from the cave and trying to kill Sugreeva for this betrayal. On arrival of Lord Rama, Vali was killed and Sugreeva was crowned as the king of monkeys. 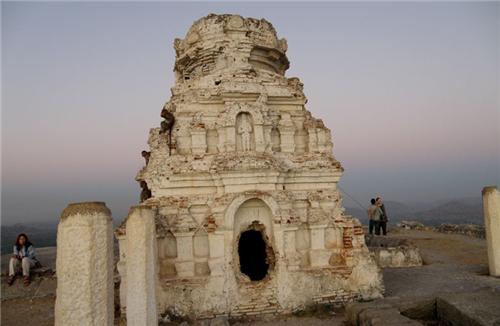 Matanga Hills is great place for the photography enthusiasts. On any given time of the day, you can find people with high end cameras in their hands clicking the aerial view. The sunset and sunrise are the perfect time to capture this scenic beauty. 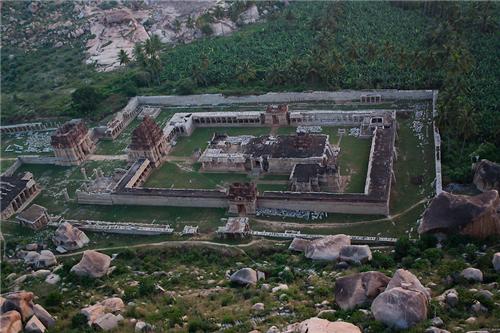