Hampi a UNESCO World Heritage Site was the capital of once prosperous Vijayanagara Empire (1336 - 1565 A.D) which stands in the history of Karnataka. Hampi has its famous religious and cultural events celebrated every year, some of which are very special since it is celebrated from the times of Vijayanagara Empire. The most famous festivals are listed below 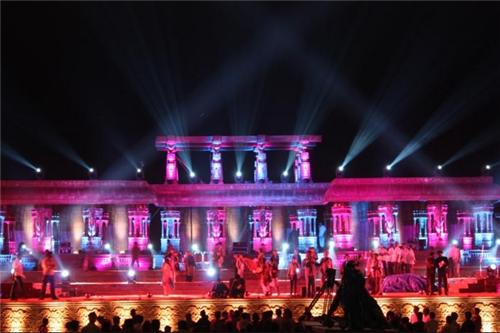 Most popular and largest festival in Hampi is ‘Hampi Utsav’ which is also known as the Vijaya Utsav, since this festival is celebrated from the Vijayanagar reign it has become an integral part of life of its people. Hampi Utsava reminds us of the great heritage drawn from our glorious history. The festival is celebrated with much enthusiasm and many programmes and events such as dance, puppet shows, drama and music shows which showcases the cultural richness of the place.

It also includes competitions like wrestling, rural sports, water sports and the special attraction in this festival is the ‘Heritage walk’ which is a trek programme to visit the monuments of Hampi, The grand finale of this festival has a spectacular sparkles of firecrackers which is a wonderful visual treat. Usually this three day festival is being conducted in the first week of November every year with no admission fee. If traveling during this time, always make sure to book the lodge earlier, because all the lodges, buses and trains will be crowded during this festival. 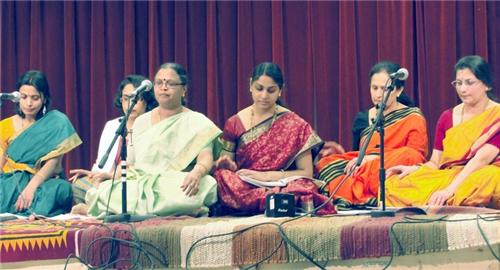 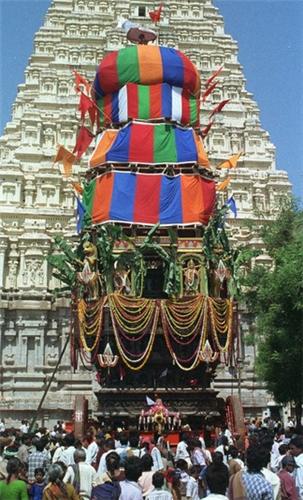 During March/April Virupaksha Car Festival is held in Virupaksha Temple which is an important pilgrim in Hampi. It is one of the oldest temple in India which is functioning uninterruptedly from 7th century. This is the largest religious festival in Hampi and it attracts huge crowd every year. It is the annual marriage ritual of divine couple (Hindu God Shiva and Parvathi), the idol of god and goddess is kept in the huge temple chariot which is made of wood and it travels along the main street in Hampi.

The other common festivals in Hampi includes Diwali, Sivarathri (for lord shiva).

Explore more about Culture and Heritage Of Hampi