Among all the beautiful architectures of Hampi, Dasara Dibba is very famous. It is a massive stone platform located within the Royal Enclosure of Hampi. This was built during the Vijayanagara empire period and played a prominent role during the celebrations of “Navaratri” festival and hence also known as “Mahanavami Dibba”. The stone work depicts complete Vijayanagara style. 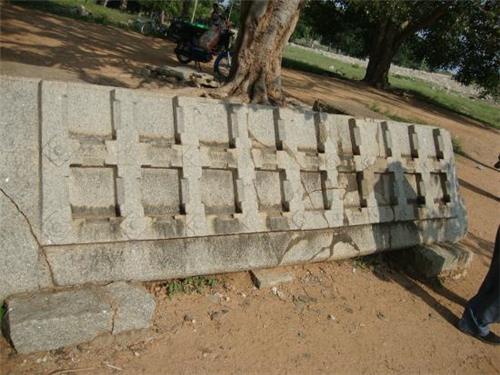 Origin of the Dasara Dibba

It is said to be built by King Krishnadevaraya to commemorate his victory over Udaygiri. Udaygiri is a place now situated in Odisha. In the words of Domingo Paes, Dasara Dibba is known as the “Throne of Victory”. There were many changes in the architecture throughout the ages of Vijayanaga successions and these can be visualized as one follows the different styles of this Dibba. Originally this Dibba was gorgeously painted and the platform was ornamented with stones and sculptures. 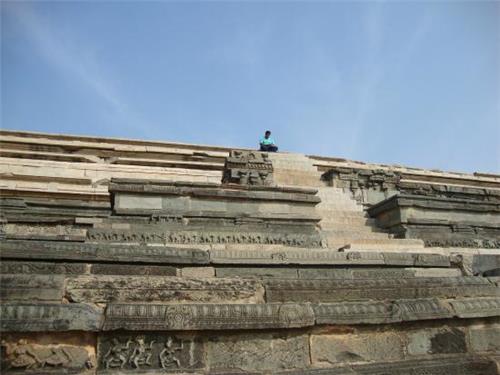 The grand platform of the Dasara Dibba or Mahanavami Dibba was used by the Vijayanagara kings to use as a stage to watch and enjoy the Navaratri, “Nine days” of Goddess Durga festival celebrations. The high platform was ornamented for the king to sit and watch the march past of the soldiers, the war games arranged such as sword fighting competition, Bow and arrow competitions and wrestling and the Royal processions conducted during the festival. The huge pavilions with grand pillars used to experience the throng of crowd enjoying the celebrations of this nine day long festival. It is also said that the animal sacrifices made for the Goddess also used to happen in the pavement there during the last puja. The Navaratri festival was celebrated in traditional Vijayanagara style for nine consecutive days and the tenth day used to be “Vijaya Dasami”. 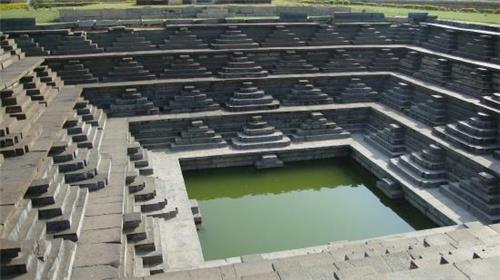 The 12 meters Dasara Dibba attracts tourist attention as the tallest structures in the Royal Enclosure of Hampi. The extant of the massive square granite faced base remains in three diminishing tiers. The lowest tier is 40 meters and the topmost is 24 meters. This structure is North faced and its walls are covered with auspicious carvings of horses, elephants, warriors, caravans, hunting games scenes, dancers, musicians and many other royal cultural scenes. The platform has two stair cases to reach the top; one from the North and the other from the South. Some of the sculptures are faced with dark green chlorite and granite finishing and these have better durability. On the east side of the platform, there is a chamber which is filled with animal and clown carvings and sculptures. The sculptures tell the stories when the Chinese embassy would have visited the King Krishnadevaraya for business purpose and the Arab emirates came for horses and exotic animals trading. 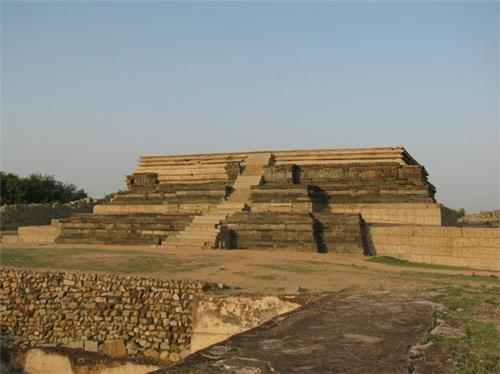 The carvings in many sides of the platform are damaged now; however UNESCO has taken proper steps in preserving the heritage. Hampi attracts a huge volume of tourists not only from India, but also from all around the globe every year. Government has put forward efforts to have historical excavations to unfold more epics hidden and to conserve the old age Vijayanagara heritage for future generations.