Art and Crafts in Hampi 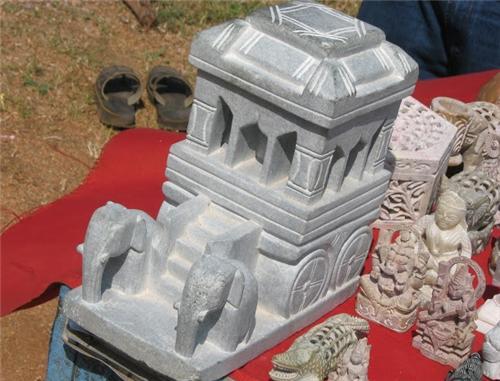 Hampi, a 14th Century ruins designated as the UNESCO World Heritage Sites which lies over 26 square kilometres with several wonderful and interesting ruins. Hampi is considered an important center for Hinduism, arts, crafts, and culture. Excavations here have brought several interesting facts about the art and craft of the empire of a bygone era. Hampi has been put on a pedestal not only as a tourism destination, also has a unique and interesting innovations of Art and Crafts, Capacity building in Organic farming etc. 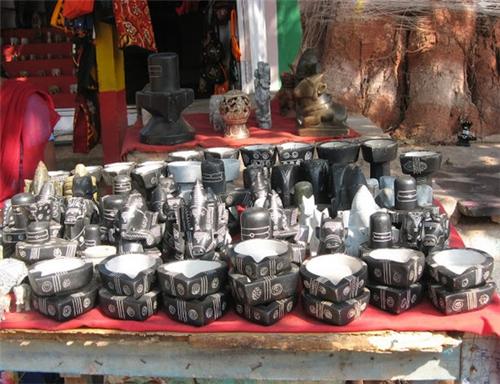 Some people in Hampi whose ancestors worked in the establishment of the great monuments in Hampi, follow their artistic work till now. In Hampi, many arts and handicrafts were in sale, especially it is larger in number during the major festivals in Hampi like Hampi Utsav or temple festivals like Virupaksha Car festival, festival in Vittala temple etc. The arts and crafts come alive before the temples which is much cheaper than anywhere. The local handicrafts can be bought in Bangalore for four times the price. If you are very precise about shopping here then it is best to shop the local handicrafts at Hampi Bazaar or Hospet shops.

Lambani Embroidery also known as Banjaras is famous in Hampi. The Banjara women has their ancient mode of dress, which is the most colorful and elaborate of any tribal group in India. The Lambani women practice a unique mirror and embroidery craft, which they mostly use for making their own traditional dresses, especially for their weddings. The Lambani embroidery contains mirror work, cross stitch, and overlaid and quilting stitches with borders of “Kangura” patchwork done on  dark blue or red handloom base fabric.

Products made with such embroidery have wonderful textures and style, making them very popular with tourists. There are 13 colours that are mostly used in Lambani embroidery, out of which red and blue are most common. The base cloth used is either cotton khadi or power loom fabric and is also dyed locally, thus working in harmony with the local small scale industry. Lambani embroidery has now reached all over the world with the export of bed sheets and cushion covers in subtle colours but the heavily embroidered bags in splashy colours remain the favourite among tourists.

Many educational institutions include craft development as part of their syllabus and also conducts workshops for students with artisans from Hampi on designs. The main aim is to innovate with the existing techniques of craft and design new ideas for improving on the existing products and also making them cost affective using the same existing techniques and understandable innovation by the artisans.

Hampi is the wonderful place to learn more about Art and Handicrafts, Craft lovers always feel happy to visit Hampi.

Explore more about Culture and Heritage Of Hampi