Hampi is a small village in the northern Karnataka which had become to ruins after the fall of the Vijayanagar Empire. All the temples and architectures are in ruins, but maintained since Hampi is a World Heritage Site. One such must visit place in Hampi is the Archaeological Museum. The collection of sculptures and architectural members were made by the British Officers and were earlier housed at the Elephant stables. The Archaeological Survey of India established its museum here in 1972, the antiques were shifted to the present building at Kamalapura. The museum can be visited on the way to the relatively isolated area located towards the southeast end of Hampi ruins. The museum has four galleries enclosing the model of Hampi valley with a corridor all around. The exhibits in the museum consists of elegant replica of Krishnadevaraya, most famed ruler of Vijayanagara dynasty and his queens greeting the visitors at the entrance. 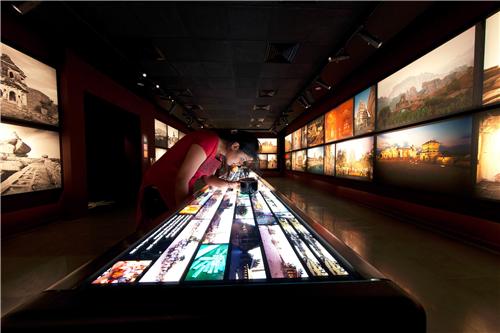 Although it is like any other ordinary museum, this one contains immensely useful exhibit to a new visitor. The museum has four sections which are mainly classified sections. The first one exhibits the Hampi model, A scaled model with two structures one model describes the Hampi topography with monuments located in it. This is an excellent display to get an idea about the area plan, relative locations of the sites. The large model at one side at the central courtyard is a miniature copy of Hampi as a whole, complete with hills, rivers. The smaller but more detailed model located inside the last gallery gives a brief account of the Royal Centre. 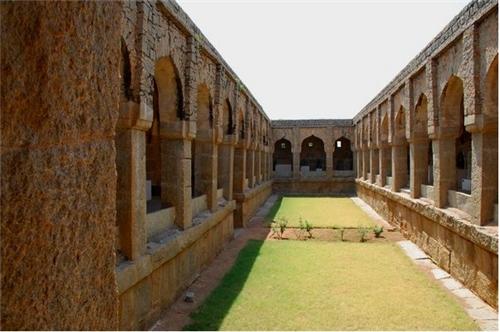 The second section is dedicated to sculptures and idols of Hampi ruins. A large number of artifacts belong to the Veerabhadra cult and worship Lord Shiva The exhibits in this section include Veerabhadra the demon God, Bhairava – Shiva in a fearsome posture on hearing the death of his consort Sati, Bhikshantan-murthi – Shiva in his core ascetic form, wandering and begging with a bowl made of human skull, Mahishasuamardini – who abolished the buffalo demon. A fearless goddess Shakti- who represents the power of God. Always Shakti appears as the consort of the god, like Vishnu its Lakshmi, For Shiva it is Parvati. The other monuments there are Kartikeya – peacock mounted God created by Shiva out of fire and Vinayaka the elephant headed god born to Shiva and Parvati. 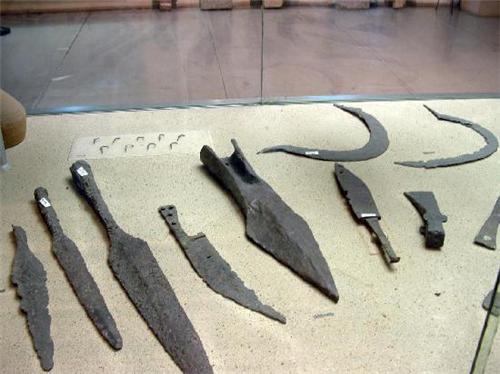 The third section displays an arrays of tools arms coinages and other objects that were in use during the Vijayangara Empire days. The books which look like documents are made of brass and bundled with a ring on display.

The fourth section displays the oldest of the objects, set of antiques from the historic period, hero stones of kings who had died a hero death in the battle and stones used in sati, wives who have given their lives for their husbands who have dies in the battle field. Stucco figurines, portions of porcelain pottery from excavated sites and gallery of excavated photographs, it displays the miniature replica of the Royal Centre in impressive finer details. 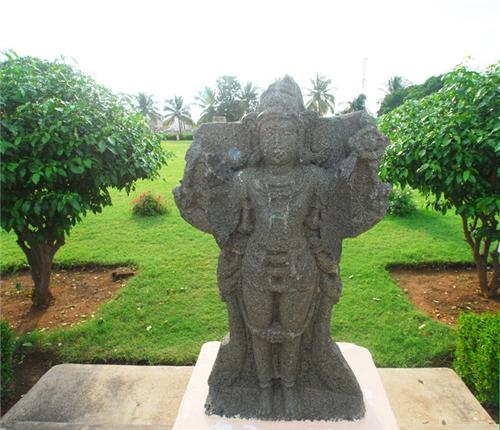 The Archeological Survey of India runs the museum. Timings of visit is from 10.00 am to 5.00 pm. It is closed on Fridays and other national holidays. Entrance fee is Rs. 5/- per head Children upto 15 yrs are admitted free. It will take around 90 minutes to complete a decent visit to the museum. Photography is not allowed inside the museum.